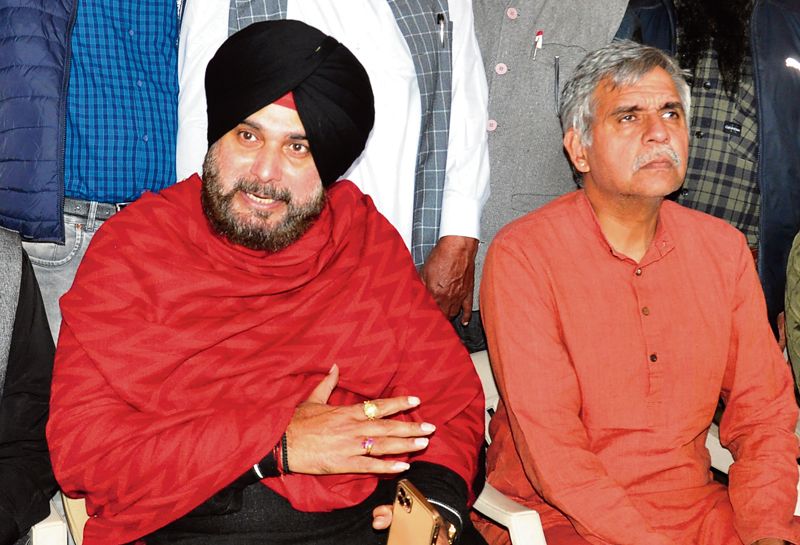 A few days before the polls, Sidhu unveils his ‘Punjab Model’ : The Tribune India

The pattern comes days after party leader Rahul Gandhi announced Charanjit Singh Channi as the party’s CM candidate. Rahul had said that features of Sidhu’s model would be incorporated into the party manifesto.

While releasing the blueprint for his model, he said it draws inspiration from the Gurmat philosophy of Guru Nanak Dev in addition to incorporating former Prime Minister Rajiv Gandhi’s vision for empowering panchayats and urban local bodies.

A new system clears the mafia of Punjab, fills the coffers to double them for the welfare of the people. —Navjot Sidhu, CCP leader

It offers a government portal to announce its financial situation; liquor and sand extraction companies; the circulation of buses on long journeys only by PRTC and PUNBUS; licenses for rural youth to use short distance buses; and publicity and publicity policy.

It further requests funding from the panchayats for the establishment of storage facilities; MSP on oil, oilseeds and corn; in addition to subsidies for diversification and the purchase of equipment for farmers with less than five acres.

For women, he plans to provide tablets to schoolgirls; Rs 2,000 and eight LPG refills per year; no listing fees for properties; interest-free loan to women entrepreneurs.

The document states that five million jobs will be created over the next five years and proposes a wage increase for ASHA, anganwadi and mid-day workers. Also, Rs 5 lakh health insurance will be provided to all.

After MP for Ludhiana Ravneet Singh Bittu asked Prime Minister Narendra Modi to visit the state to canvass by air and avoid road travel, AICC Secretary Sandeep Dikshit called on leaders farmers to organize demonstrations during his next visit to Punjab. Dikshit was here to campaign for Sidhu in Amritsar East. He said that while anyone in the state could apply freely, farmers were also free to express their resentment over non-compliance with requests.

Correo Argentino: They request confirmation of the declaration of bankruptcy