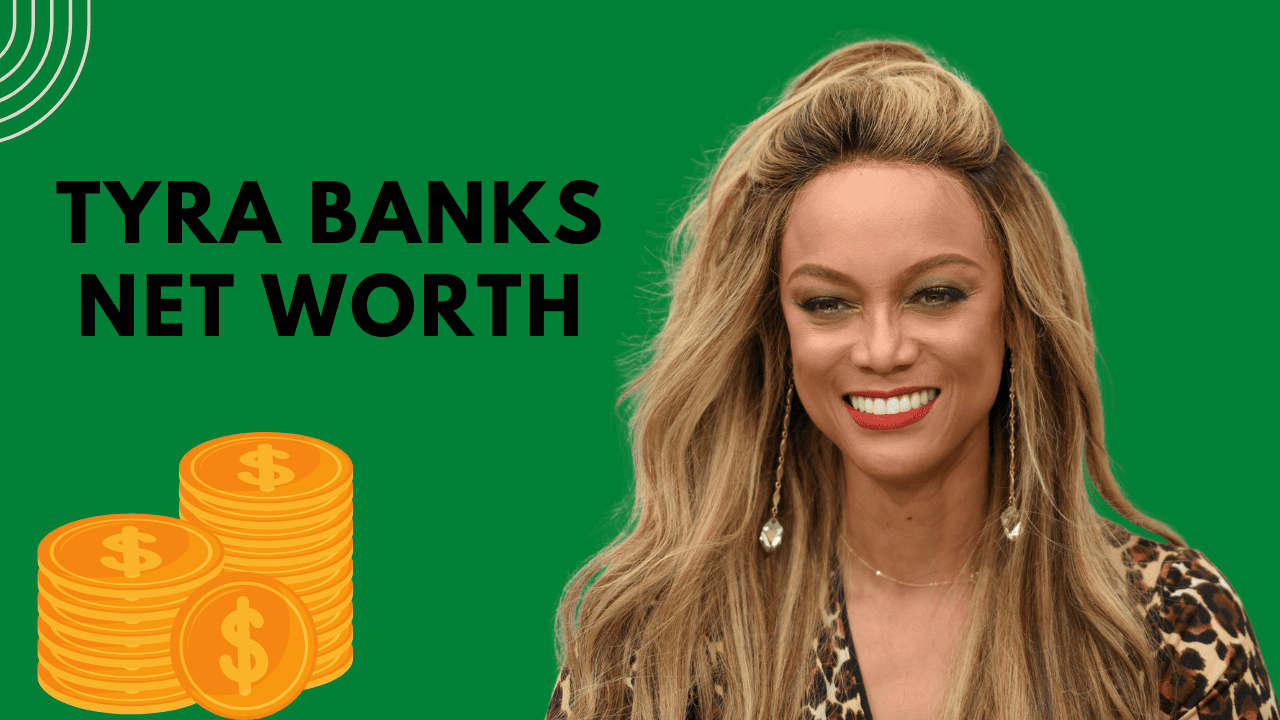 How much does the American singer and model earn?

American television personality, singer, model and businesswoman Tyra Banks has a fortune of 90 million dollars. Even though Banks started her career as a model, she built a fortune in the entertainment industry.

Banks was born on December 4, 1973 in the Californian town of Inglewood. Despite the fact that she was still in high school, she began her modeling career. She was rejected by four different modeling agencies before securing a contract with LA Models, which was her last choice. After that, at the age of 16, she signed with the Parisian agency Elite Model Management, then moved to Milan.

Her first runway appearance came two years later, at Paris Fashion Week in 1991. In her very first runway season, she was booked for a total of 25 appearances.

It was 1993 and Banks signed a deal with American cosmetics company CoverGirl. The following year, she returned to the United States to pursue her career as a commercial model.

Banks is one of the few black models to have earned the “supermodel” label. She has appeared on the covers of numerous magazines including Elle, Harper’s Bazaar, Spanish Vogue, Cosmopolitan and others. She has appeared in fashion shows for a variety of designers, including Chanel, Oscar de la Renta, Yves Saint Laurent, Christian Dior, Marc Jacobs, Givenchy, Valentino, Fendi, Isaac Mizrahi, and Giorgio Armani, among others. Additionally, she has appeared in advertisements for Dolce & Gabbana, Tommy Hilfiger, Ralph Lauren, Versace, Victoria’s Secret, Pepsi, Nike, and a host of other major brands and organizations.

Banks’ success as a model gave her the opportunity to branch out and resulted in a slew of television appearances. Her first television performance was as Will Smith’s old friend, Jackie Ames, on The Fresh Prince of Bel-Aire, where she had a total of seven guest appearances. She has since pursued a successful acting career.

She made her film debut in John Singleton’s play Higher Learning, in 1994. A doll named Eve who comes to life was the subject of her 2000 Disney film Life-Size, in which she shared star with Lindsay Lohan. . A sequel to Life-Size was released eight years later, and Banks reprized her role in it. She has also appeared in a number of films, including Love Stinks (1999), Love & Basketball (2000), Coyote Ugly (2000), Hannah Montana: The Movie (2009), among others.

Tyra Beauty was founded in 2004 after Banks earned a non-degree certificate from Harvard Business School, which she used to launch her cosmetics brand. 2015 saw the introduction of its cosmetics e-commerce website, tyra.com.

Ty Ty Baby Productions was also founded by Banks (now operating as Bankable Productions). The production company was in charge of both Tyra Banks’ reality series America’s Next Top Model, which premiered in 2003, and her daytime talk show The Tyra Banks Show (which aired from 2005 to 2010 ). Banks has hosted 23 of the 24 seasons of America’s Next Top Model, which has aired to date.

Banks received two Daytime Emmy Awards, in 2008 and 2009, for her work on The Tyra Banks Show, which was recognized as an outstanding news talk show. She would earn around $18 million a year as a host and from her various businesses at the time.

Banks has been named to Time magazine’s list of the most important people in the world numerous times. She is one of four African Americans and seven women to have received this type of honor on a regular basis. 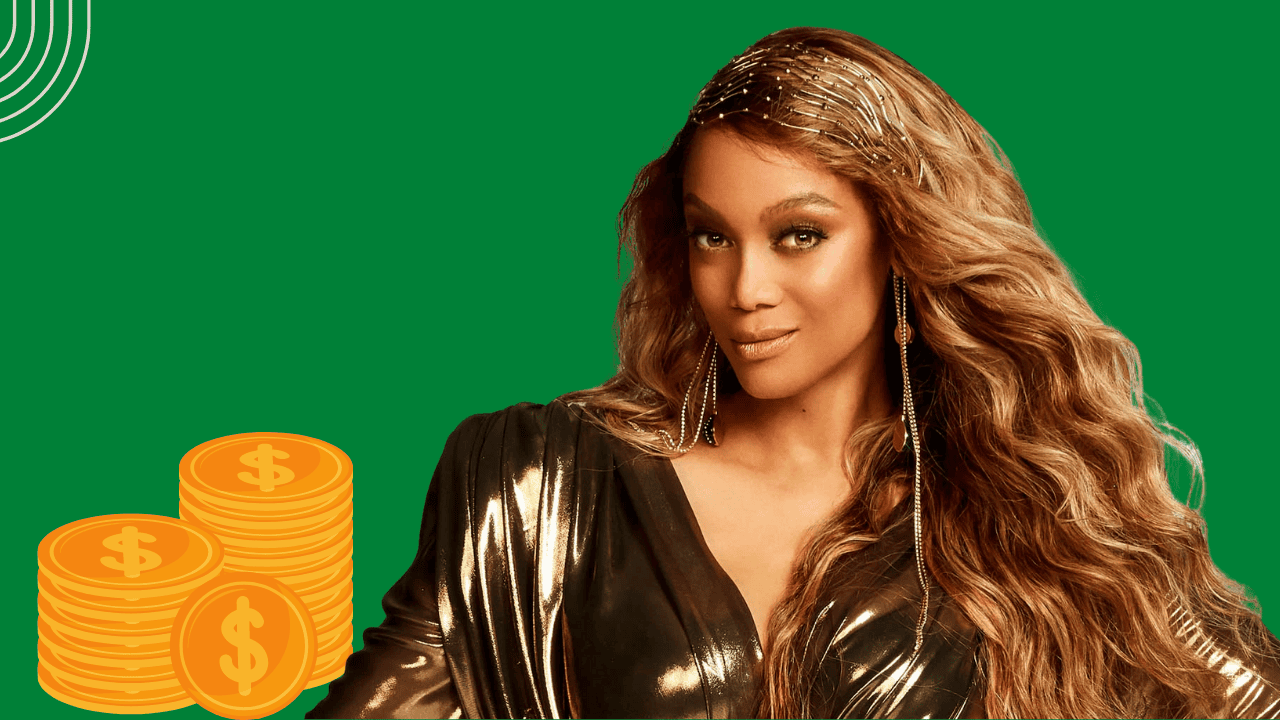 In August 2016, Banks accepted a visiting professorship at Stanford University, where she will speak on personal branding.

After re-emerging from modeling retirement to appear on one of the Sports Illustrated swimwear edition covers in 2019, Banks told Entertainment Tonight that she would be changing her modeling name to “BanX.”

After meeting and falling in love with Norwegian photographer Erik Asla in the early 2010s, they were blessed with a biological son, York Banks Asla, through surrogacy in January 2016. The couple announced their separation at fall 2017.

Banks also said she does not consume alcoholic beverages and has never used drugs recreationally.

It was in 2004 when Banks bought a 5,740 square foot mansion in Beverly Hills for just over $3 million. Eventually, she decided to sell the four-bedroom Spanish Colonial for $6.33 million, which she received in 2016.

A 7,000 square foot duplex in Manhattan that Banks currently owns contains a living room, a fitness center, as well as a walk-in closet with mirrored walls. She paid $10.13 million for the Battery Park City duplex, which consists of four units. She bought it in 2009. It was in March 2015 that she put the apartment up for rent asking $50,000 a month. Later, in March 2017, Banks put the house on the market for $17.5 million, but it has remained unsold ever since.

Banks has recently started flipping residencies in Los Angeles, which is a new adventure for him. Two residences in the Pacific Palisades neighborhood were put up for sale by her in May of this year.

The first was a 6,135 square foot property advertised for $9.25 million, while the second was a 3,700 square foot house purchased for $4.25 million. Both were located in the same neighborhood. Only two years prior, she had acquired the larger house for $7.35 million and she had purchased the smaller house for $3.25 million two years earlier. They were sold for $8.9 million and $4 million, respectively, within months of each other for a total of $9 million. On top of that, in the same year, she sold a townhouse in Los Angeles for $1.47 million.

Tyra purchased another Pacific Palisades residence in February 2018 for a total of $6.995 million. A total of $7.895 million was received for the sale of this residence. Here is a video tour of this house that you can watch:

With a sub-$3 million bungalow home in the Pacific Palisades, she made her fifth acquisition in two years in June of this year.

Read more: Donatella Versace Net Worth: How much does a fashion designer earn?

Read more: Olivia Rodrigo net worth: How much does American actress Olivia earn?