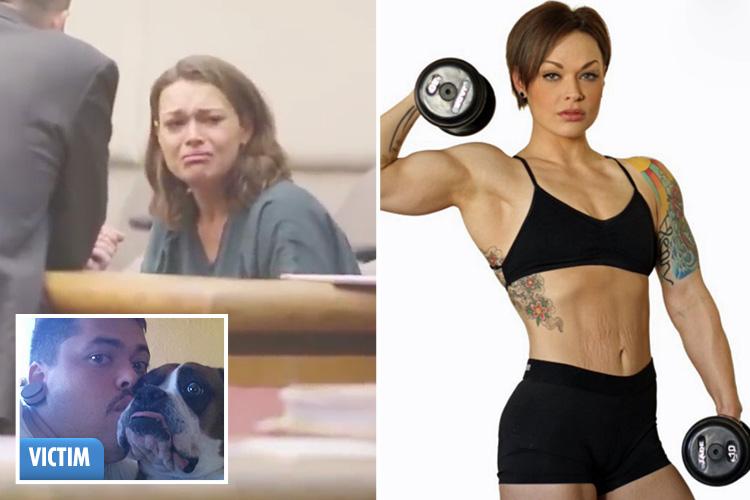 INSTAGRAM fitness model Katie Summers “was drunk and high” when she killed a father in a hit and run, police said.

The mother-of-two admitted to police that she called her boyfriend, instead of the emergency services.

In an attempt to avoid hitting a parked car, she made another sharp turn before hitting Birrueta on her moped, throwing him off her bike.

Summers stopped her car further down the street, where she exited, and drove off when the police arrived.

Biruetta died at the scene despite the best efforts of paramedics.

Another video shown in court showed her parking at a nearby gas station where she had thrown a white plastic bag into a trash can.

Yesterday she was charged with vehicle homicide while driving under the influence and hit and run.

She is due in court on Monday.

A Gofundme A page has been created for Birrueta, in order to help her relatives pay the funeral costs.

In a heartbreaking tribute, a description on the page reads: “Leo Birrueta was an amazing man, with a heart of gold and a smile for anyone who was lucky enough to know or meet him.

“He was a shining light, who uplifted everyone at all times. Leo was very happy and in love with an amazing woman, Rachel – who was left without his light.”

Summers gained 150,000 Instagram followers after losing 44 kg (98 lbs) after the birth of her second child.

Helping others on their weight loss journey, Katie later became a personal trainer and wellness coach.