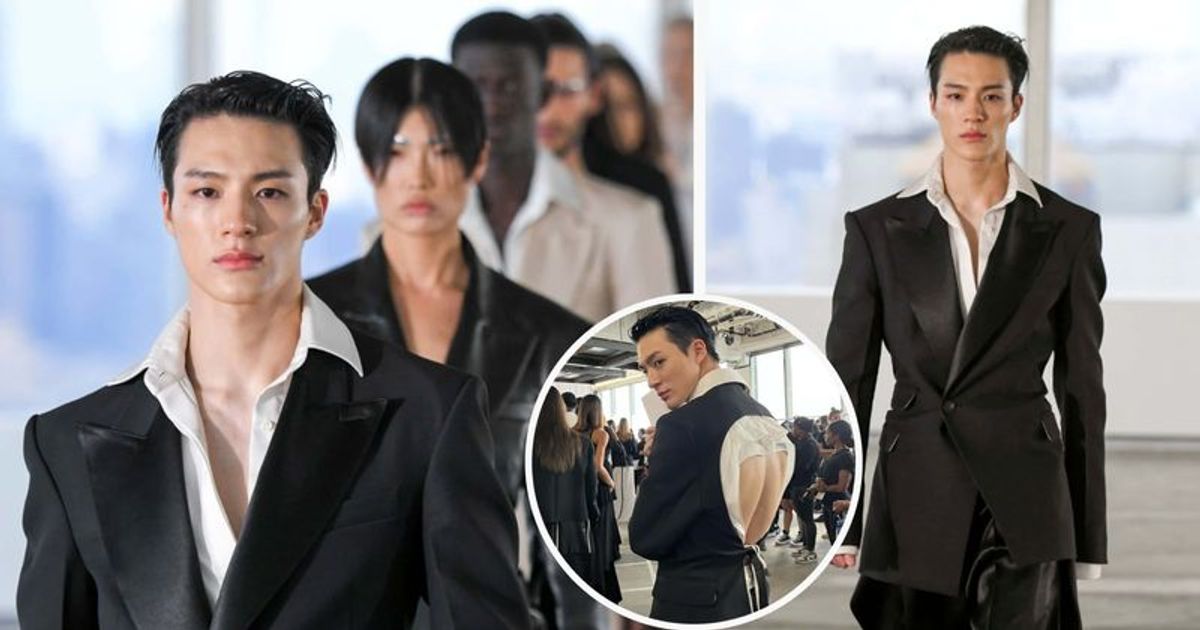 NEW YORK CITY, NEW YORK: It’s not everyday you see K-pop idols as models, but something like this happened as NCT’s Jeno (Lee Jeno) debuts on the catwalks for New York fashion designer Peter Do. Along with other artists from SM Entertainment, Jeno attended New York Fashion Week on September 13 as he walked the runway for the Spring/Summer 2023 collection “Time” show for Peter Do.

With this new feat, the NCT member caught the eye by opening the show for the first time as the only K-pop artist to do so. Besides Jeno, the show also featured SM Entertainment Rookies trainees Eunseok and Shohei, who also paraded as models, while the label’s girl group, Red Velvet Seulgi, guest-starred as special guest to watch the show. Now that Jeno has made his runway debut, fans can’t control their excitement for what the future holds for him as he makes new famous friends in New York City.

NCT Jeno Meets Popular Celebrities Ahead Of His Catwalk Debut

In addition to participating in the Peter Do fashion show, NCT Jeno was also the only Asian male entertainer to be invited to the global event “VOGUE WORLD” to commemorate the 130th anniversary of luxury fashion brand Vogue. The “Vogue World” show was held in New York on September 12 and brought together a wide range of Hollywood celebrities.

At the Vogue show, Jeno was seen sitting in the front row as he watched the models walk the ramp for Vogue. Outside of the event, many global NCTzens (NCT fans) gathered to see Jeno as he socialized with the who’s who of the industry, including names like Jared Leto, Sabrina Carpenter, Ellie Goulding, Dove Cameron, and more.

“Jeno: The Face of Dreams”

Fans are just singing Jeno’s praises as they tell him how proud they are of him for making his modeling debut. One fan said, “Lee jeno, the first kpop idol to ever open a nyfw show. she’s a STAR.” Another fan said, “First kpop idol to open nyfw for one of the top Asian designers. The only Asian to be invited into the fashion world and had the whole place at his feet. pioneer. The face of dreams.”

first kpop idol to open nyfw for one of asian top designer. the only Asian to be invited to vogue world and had the whole place at his feet. lee jeno, the true pioneer. the face of dreams. pic.twitter.com/E7tVI6c9nx

the amount of articles talking about him, people in the fashion industry drawing attention to him, the teams/stylists who work with him are infinitely proud of him. at the end of the day lee jeno will always win again and again muaaahpic.twitter.com/UyW9bKDfsI

This article contains comments made on the Internet by individuals and organizations. MEAWW cannot independently confirm these and does not support any claims or opinions expressed online.