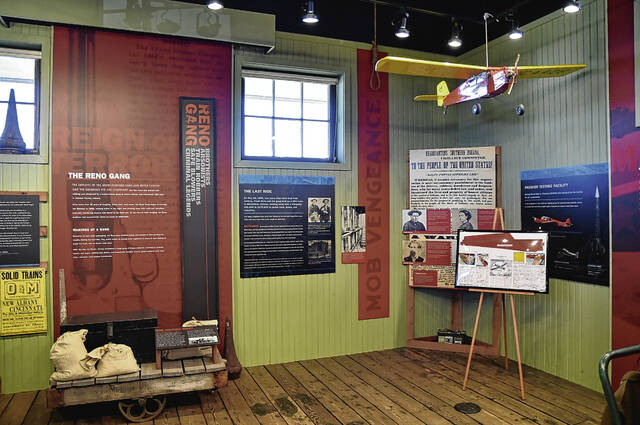 To commemorate the holiday season and publicize a Seymour-based rc airplane club, a restored vintage airplane model was recently on display at the Jackson County Visitor Center.

Kuhn recently completed a model restoration of a Curtiss Robin monoplane after working on it for just over a year. He also restored the model WWI Fokker D.VII fighter plane that hangs inside Larrison’s Diner in Seymour.

â€œI just finished a restoration on a plane given to me by one of the club members,â€ he said. â€œWe want to display it both as a kind of vacation attraction for visitors, but also to let people know that there is a radio controlled club here in town that is very active. We would like to invite people to come see us fly.

Growing up, Kuhn said his father worked on model airplanes in the 1940s and 1950s, and his family traveled to small airports to fly them when they could.

The model was first released in a kit by the Comet Model and Supply Co. in 1937 and sold for $ 4.95. This is a replica of the Curtiss Robin, a high wing monoplane manufactured by Curtiss-Robertson Airplane Manufacturing Co. in 1928.

Kuhn said the Curtiss Robin was typically used for private and business travel due to the speed at which it could fly for travel. It was also his father’s favorite plane.

When the plane was given to Kuhn, it had lay in pieces in an attic for 30 years.

Kuhn said he was eager to see what the club member who gave him the model plane parts thinks of the display.

The restoration process consisted of deconstructing the aircraft down to the frame and rebuilding it.

A new material that Kuhn had to work with was the fabric to be used as a coating for the wings of the plane. He said he hadn’t used tissues when restoring a model airplane for a long time and tried to get the airplane’s colors as close to the original as possible.

The model airplane is a free flight. With the engine started and a timer set, the aircraft will take off and land on its own. The Curtiss Robin model was also gasoline powered.

Bob Bast of Seymour, another club member, also came to see the model airplane go up. He said he thought it looked good.

The club currently have no events planned, but are still active during the summer, Bast said.

One event that is expected to happen is a day to fly model radio controlled airplanes on Memorial Day weekend in memory of the deceased members. Earlier this year, this event was canceled due to bad weather.

Club members also expect to host an event the first week of August.