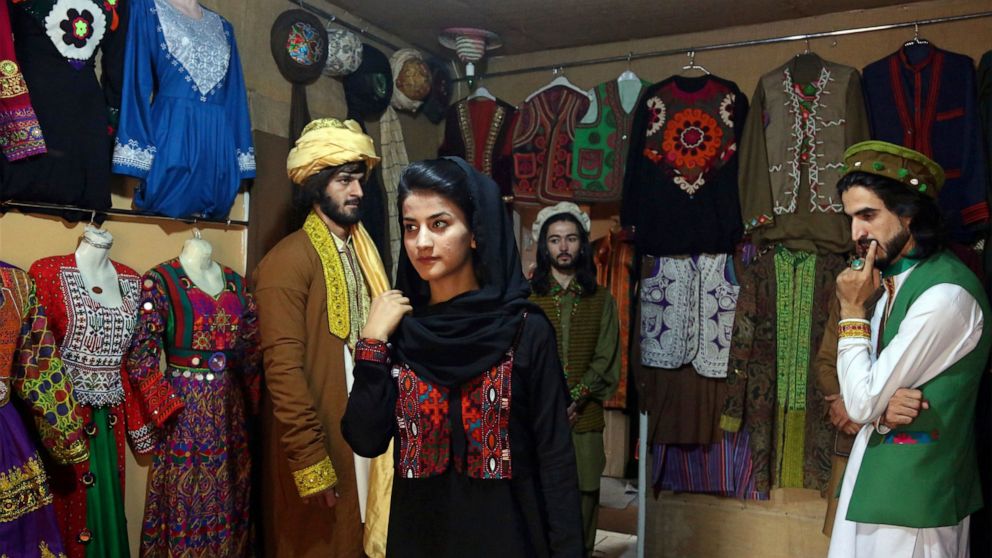 ISLAMABAD — The Taliban have arrested a well-known Afghan model and three of her colleagues, accusing them of disrespecting Islam and the Koran, the Muslim holy book, according to videos released by the new Afghan leaders.

Ajmal Haqiqi – known for his fashion shows, YouTube clips and modeling events – appeared handcuffed in videos posted to Twitter by the Taliban intelligence agency on Tuesday.

In a widely circulated and controversial video, Haqiqi is seen laughing as his colleague Ghulam Sakhi – who is known to have a speech impediment which he uses for humor – recites verses from the Quran in Arabic, d a comical voice.

After the arrests, the Taliban released a video of Haqiqi and his colleagues, seen standing in light brown prison uniforms and apologizing to the Taliban government and religious scholars.

The video was accompanied by a tweet in the Dari language, saying: “No one is allowed to insult the Quranic verses or the sayings of the Prophet Muhammad”.

Later Wednesday, Amnesty International released a statement urging the Taliban to “immediately and unconditionally” release Haqiqi and his colleagues.

Amnesty has documented several arbitrary detentions by the Taliban in Afghanistan, often accompanied by coerced statements in an effort to stifle dissent in the country and deter others from expressing their views.

Amnesty South Asia activist Samira Hamidi denounced the arrests and said that by detaining “Haqiqi and his colleagues and forcing them to apologize”, the Taliban have undertaken “a blatant attack on the right to freedom of expression”. His statement also condemned the Taliban’s “continued censorship of those who wish to freely express their ideas”.

In Kabul, Taliban officials did not immediately respond to requests for comment and it was unclear what measures the model and her colleagues face under the Taliban-run justice system.

The families of the arrested models also could not immediately be reached for comment.

Since seizing power last August in Afghanistan in the final weeks of the withdrawal of US troops from the country, the Taliban have imposed strict measures and edicts under their harsh interpretation of Islamic law, including restricting the rights of women and minorities.

The moves have raised international concerns about the radical Islamic group’s intention to govern as it did the last time the Taliban held power in Afghanistan in the late 1990s. anything perceived as disrespectful to Islam as a punishable crime.

Amnesty said that since taking power, the Taliban “has used intimidation, harassment and violence against anyone who has expressed support for human rights or modern values, in particular human rights defenders, activists, journalists and academics, among others”.

The rights group also urged the Taliban, as the de facto authority in Afghanistan, to “comply with international human rights law and respect everyone’s right to freedom of expression without discrimination. “.