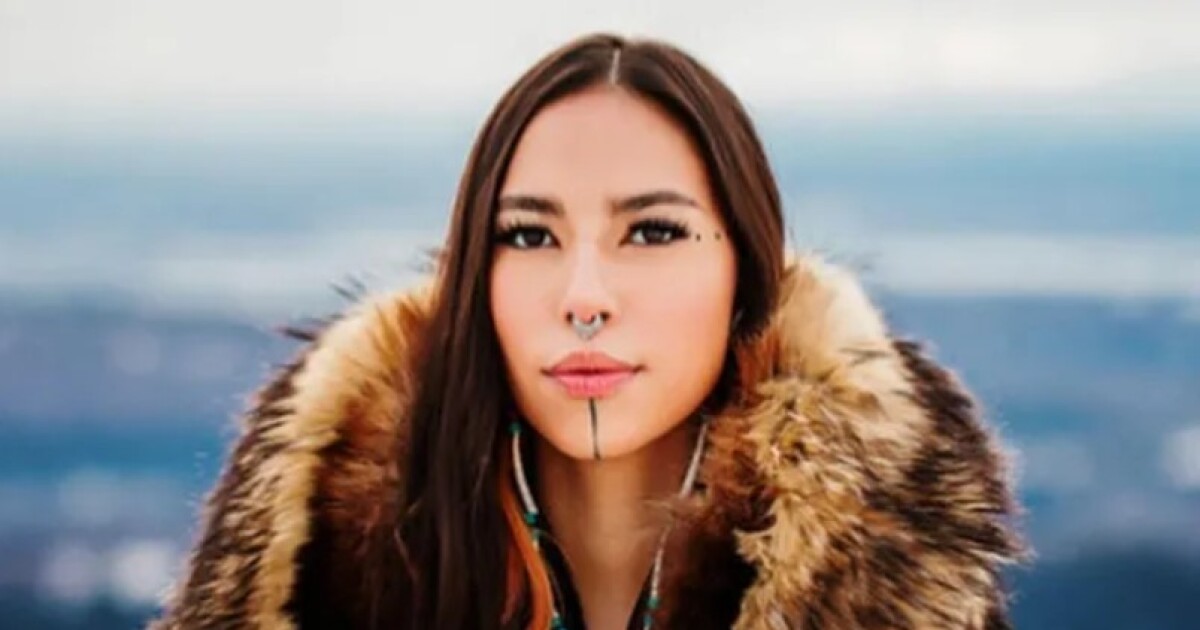 A Fairbanks teenager becomes an international fashion sensation and is celebrated for her Indigenous heritage.

Last week she was in Paris and before that in New York, where the novelty of an Alaskan native on the runway has garnered respect from an industry that has neglected or devalued natives.

“The theme was very American. To be able to bring my culture because we are real Americans. We are indigenous. This is native America; We were on stolen indigenous land. And recognizing that, being able to bring some of that and showing the world that we deserve to be in those spaces,” she said.

Chasinghorse, who has Gwich’in and Lakota heritage, was interviewed this week, along with his mother, Jody Potts, by producer Diana Campbell for the Fairbanks Native Association.

Before becoming a Model Quannah Chasinghorse was an activist. Two years ago, she traveled to Washington DC with the Gwich’in Steering Committee Youth Council to speak to senators about the Arctic National Wildlife Refuge. She traveled with her mother, Jody Potts, who was the regional director of Native Movement, to various protests.

“Through my advocacy, I was developing a platform. My speaking engagements, all of my protests, all of my rallies — standing up for our ways of life and all of that really got noticed on social media,” she said.

In 2020, a casting company was looking for young people across the country for a Calvin Klein campaign called “One Future” that highlighted the importance of voting. Quannah, whose first name is pronounced KWAH-nah, Chasinghorse was recruited, along with her brother, Izzy (Isaiah) Potts, to pose for the campaign.

“As soon as that came out, I had agencies reach out to me, and then I signed with IMG Models. In, like, the first week after I was signed with them, I had my first session photo of the cover of V Magazine, for another voting issue and also the Chanel book,” she said.

the The issue of V magazine came out in Januaryand the Chanel book came out this spring, high-profile gigs that propelled the teenager onto the Met Gala and European Fashion Week catwalks.

Designers make her wear their own lines, but often feature her connection to Alaska. This spring, she had a spread in Vogue Mexico, including cover. Her mother accompanied her on the set. Potts describes how dentalium shell earrings made by Melissa Charlie of Alaska made the cover of Vogue.

“All these super high fashion outfits and the photographers and stylists loved her jewelry, her traditional native jewelry that’s handmade in Alaska. At one point they were even like Jody, we love the earrings you’re wearing. Can you take them off and let Quannah wear them for the shoot? I’m like, yeah, please. Quannah wears high fashion AND Indigenous jewelry and represents that way,” Potts said.

Even though her fashion career took off, Chasinghorse is not giving up on his activism. During this week’s interview, she wore a hoodie that read “No Drilling on the Yukon Plains.”

“Every space I go to, I try to educate as much as I can, about our peoples, about our culture, about our ways of life, about the importance of upholding the sacred and, uh, celebrating Indigenous peoples After generations of genocide, we are still here,” she said. “And we are going up.”

With thanks to Diana Campbell, I’m Robyne in Fairbanks.