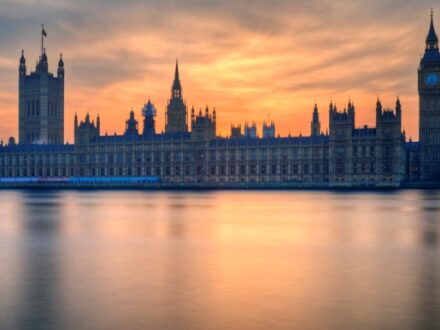 The government has revealed more details on what to expect from its Leveling and Regeneration Bill, which aims to hold the government to account for its leveling missions and create a “new model of combined authority “. LGC is also looking at the impact of other legislative reforms on councils.

The landmark Leveling and Regeneration Bill will allow regions to directly elect a ‘chief’ or ‘governor’ under county agreements rather than just using the term mayor, as LGC did. revealed last week. Notes accompanying the Queen’s Speech say local leaders will be able to ‘enhance their ability to reflect local preferences in arrangements that include directly elected leadership titles’. Further changes to facilitate the adoption of a mayor model are expected to follow.

The bill obliges the government to set up leveling missions and to produce an annual report on their achievement. It will create a “new model of combined authority” through county agreements, which will “empower local leaders to improve local accountability, consolidate services and provide transparent decision-making to rejuvenate their communities”.

There was, however, no mention of some of the policies announced before today’s speech, such as the guidance for obtaining the power to double council tax on second homes not regularly used or rented.

Although the planning white paper of two years ago has been significantly scaled down with the proposed three-tier zonal system, the government still hopes to embark on planning reforms by “simplifying and standardizing the process of local plans to that they are produced more quickly and are more easily influenced by the communities”.

The government has been promising for several years to digitize the planning system, and this is still a goal; it says it will “strengthen neighborhood planning and digitize the system to make it easier to find, understand and engage with local plans,” adding that “by making it easier for local authorities to put local plans in place, we limit speculative development”.

District Councils Network chairman Sam Chapman-Allen (Con) welcomed that the government had “seen the sense of retaining a system with local plans and local democracy at its heart”. “District councils play a vital role in providing suitable housing for local residents, including affordable housing for those who need it most,” he said. “The new bill gives us more powers to do that.”

The government says the planning system will be reformed to give residents “more involvement in local development” as well as “more influence in changing street names”. However, there was also no mention of proposals detailed by Communities Secretary Michael Gove in the Sunday Telegraph for ‘street votes’ to secure local support for ‘soft densification’ of housing, with “local democratic votes, sometimes street by street”.

And a new “locally set, non-negotiable” infrastructure tax will capture “more of the financial value created by development”, the government said. But the network of county councils has stressed the importance of ensuring sufficient funding is made available in the first place. “While funding social housing through the new infrastructure tax is important, it must provide the necessary funding for upper-tier councils to provide the vital infrastructure that makes new development both viable and, above all, , acceptable to local residents,” they said.

The government’s commitment to facilitating new infrastructure is also contained in its proposed UK Infrastructure Banking Bill, which gives the bank the power to lend directly to councils and invest more than £600bn. sterling in gross public sector investment over the next five years.

A Nature Bill was never introduced in the Queen’s Speech, but the government says a ‘new approach to environmental assessment’ in the planning system as a ‘Brexit benefit’ will mean that “the environment is given more priority in planning decisions”.

However, this sentiment contradicts speculation before the speech, among others The temperature saying the government plans to “remove environmental restrictions that can delay or prevent infrastructure projects”.

In education, the government plans to “integrate schools into the academic sector where requested by local authorities”. It also acts to address the long-standing problem of councils not knowing which children are homeschooled in their areas by creating “out-of-school children” registries and a new requirement for councils to provide support to homeschooling families. .

A new public procurement bill will ensure that “more small and medium-sized businesses benefit” from the system, which will be made “more simple, transparent and accessible”. “This will provide a huge boost to businesses and voluntary, charitable and social enterprises, which will be able to compete for government contracts,” the notes say.

A non-domestic rating bill will introduce more frequent reassessments – five- to three-year cycles – and tighten remedies against rates as circumstances change. It will also incentivize commercial taxpayers to ‘invest in their properties and decarbonize with further relief’ as part of a £750million investment package, including exemptions for green plant and machinery such as solar panels and 100% relief for low-carbon heating networks.

The Home Office was due to launch a consultation on asylum reforms yesterday which LGC says will stipulate that councils will not be required to take in asylum seekers above 0.5% of their population total. This population cap of 0.5% equates to one asylum seeker for every 200 local inhabitants. Although the Nationality and Borders Bill does not contain details of these plans, the notes hint at upcoming changes by pointing out that “less than half of local authorities currently participate in the system of dispersal of asylum seekers. asylum, which limits the number of suitable accommodation available”.

Goa Civil Code can be a model for states seeking to implement UCC: CM Pramod Sawant: The Tribune India

Societal change, technology and business model innovation are what will fuel electric vehicle driving in India