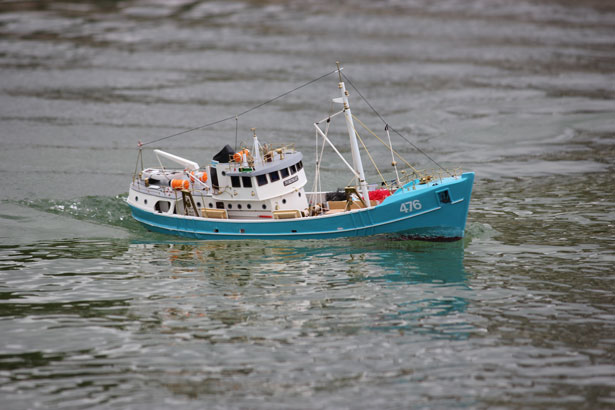 PLANS for a model boat pool in Stratford which have been criticized as a ‘Disneyfication’ of the area, have been withdrawn.

The boat pool proposal was submitted to Stratford District Council (SDC) earlier this year by Nick Birch of the Avon Boating Club and involved the creation of a pool for racing remote control boats in Bancroft Basin. The aim was to give locals and tourists the opportunity to do something a little different in the city.

But since the application was submitted it has been bombarded by a series of oppositions, with the Inland Waterways Trust leading the charge.

The original plans indicated that the model boat pool would have been in service for nine months of the year and would require the installation of electrical cabinets, a post and rail fence and four pairs of controls.

All necessary equipment was to be located on the south quay and tied to a cast iron fence for security.

Two electrical cabinets and two 3.6 m high masts were included in the proposal. There was also the possibility of installing a rescue ring.

Stratford-based agents Stansgate Planning said in their planning statement that the proposed boat pool would provide a facility for residents and visitors to the town, while increasing the range of facilities on offer in the area for tourists.

They added: ‘The principle of providing a tourist attraction in the town of Stratford is in line with policies which support the local economy, tourism and additional benefits for local residents, alongside policies which seek to ensure that development proceeds. takes place in the most sustainable places. .

“The scale of the proposed development is such that it will not adversely affect the visual amenity of the area or recognized heritage assets; both the conservation area in which it is located and the listed buildings near the site”.

The Inland Waterways Trust strongly disagreed, calling the proposal the “Disneyfication” of the area.

Their statement to the SDC reads: “The project is not appropriate to the heritage setting of the area around Stratford’s former trading docks, docks and locks and represents an inappropriate ‘Disneyfication’ of the area.

“The proposal does not enhance or blend into the surroundings of other listed structures that are nearby.

The area around Clopton Bridge, which includes the Stratford Canal basin and the Swannery area, is visually an extremely important area. This is so because the function around this area relates in a worker’s way to the river itself.

“It is important to ensure that the spirit of the neighborhood is not lost, even if its use changes”.

And The Canal and River Trust, which owns Bancroft Basin and some of the land around it, was also keen to maintain the appearance of the conservation area.

Members of the Trust pointed out that the proposed boat pool site was sensitive and raised concerns about control consoles and electrical cabinets which could detract from its appearance.

While Elizabeth Dixon, the disability campaigner from Stratford, had her own issues. She was concerned that there would be enough space for everyone to access the site, as space as it stood seemed limited. She said there could be wheelchairs, people with pushchairs and guide dogs, competing for space alongside pedestrians eager, not just to take part, but to watch the action.

facebook.com/StratObserver
to get daily updates straight to your newsfeed.