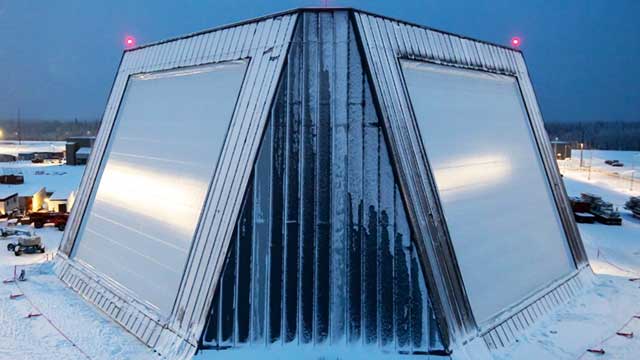 WASHINGTON – The United States Agency for Security and Defense Cooperation [DSCA] announced that it had notified Congress of the possible sale of a ballistic missile defense radar [BMDR] and Command and Control Command and Control [C2BMC] from the United Kingdom. The deal is worth approximately $700 million and also includes equipment to accompany the sale of BMDR and C2BMC.

For this amount, London will receive one BMDR, two C2BMCs, encryption devices, the design and construction of a combined shelter needed for the BMDR and C2BMC, staff training, testing, spare parts, engineering, etc

DSCA says new ballistic missile defense gain will not only improve overall security of North Atlantic Treaty Organization [NATO], but also Britain’s ability to deal with future ballistic missile threats. The sale of BMDR and C2BMC, according to DSCA, will have no negative impact on US defense capabilities. The project executor is Lockheed Martin.

The BMDR is a long-range radar developed by the American company Lockheed Martin under the direction of the American program of layered defense strategy or Long Range Discrimination Radar [LRDR] program.

The BMDR uses algorithms to provide and calculate complex biometric data. Its main function is to intercept ballistic missiles and provide information to interceptors.

BMDR is a type of S-band ground radar and allows system integration with technologies such as Aegis Combat System, Space Fence and Aegis Ashore. BMDR is based on gallium nitride [GaN], using the Open GaN Foundry model, which is also a Lockheed Martin development. The open GaN foundry through GaN connections provides a larger detection area and improved early detection while reducing the size of radar required.

BMDR has an open architecture that allows future upgrades or configurations of third-party systems more easily, quickly and efficiently.

Follow us anywhere and anytime. BulgarianMilitary.com has a responsive design and you can open the page from any computer, mobile device or web browser. For more news, follow our Google News, Youtube, Reddit, LinkedIn, Twitter and Facebook pages. Subscribe to our Newsletter and read our stories in News360App in App store Where google play or in FeedlyApp in App store Where google play. Our standards: Manifesto & ethical principles.