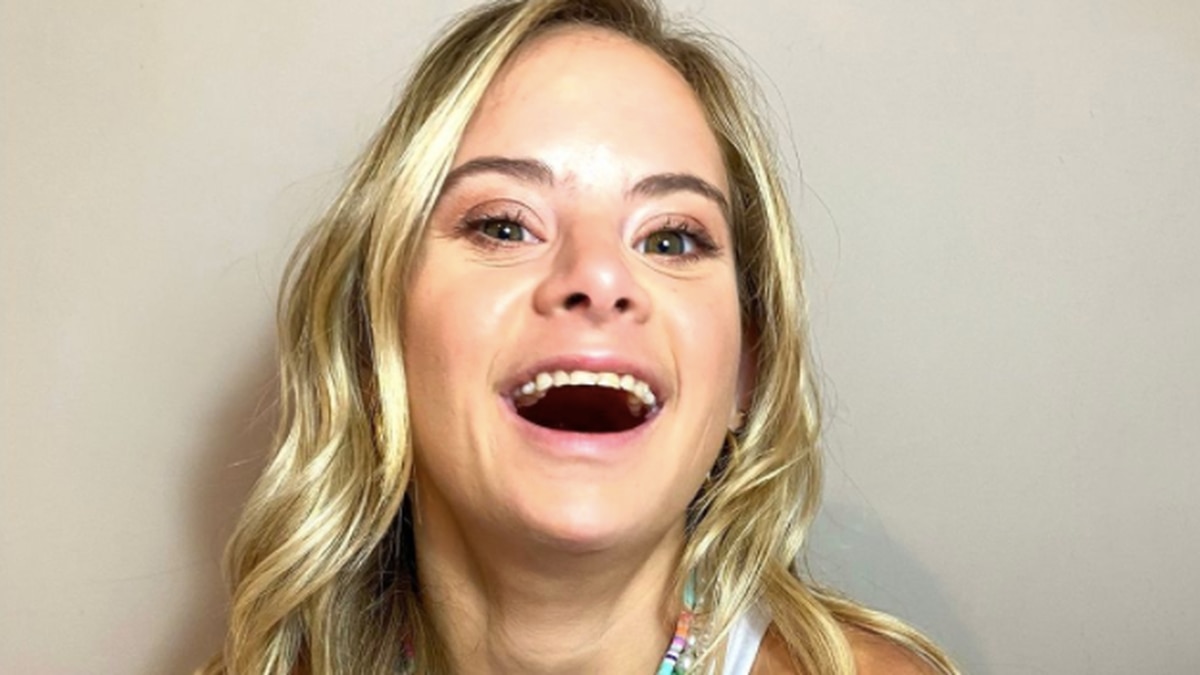 Why this Victoria’s Secret model is making history

Sofia Jirau is the brand’s first model with Down syndrome. Photo / @sofiajirau

Victoria’s Secret has gone down in history after being dragged for years for excluding “most women”.

For the first time, the top company employed a model with Down syndrome.

Sofia Jirau, 25, made history by posing for Victoria’s Secret. The Puerto Rican model has told her nearly 200,000 followers that nothing makes her happier than seeing support from her compatriots.

“Puerto Rico, this victory belongs to everyone,” she wrote.

“Nothing makes me happier than seeing my island celebrate this achievement. I come from you, Puerto Rico.

“I love you with my giant heart.”

She will appear in the company’s new Love Cloud campaign, an everyday underwear collection.

Her career skyrocketed after debuting on the catwalks at New York Fashion Week in February 2020. Since then, she has gradually gained attention for her skills and activism.

On her website, she said she wants to help people overcome their perceived limitations.

“For me, the most important thing in achieving my dreams is showing people around the world that there are no limits and inspiring them to pursue their own dreams,” she said. .

“That’s why I always say ‘Inside and out, there are no limits’ to motivate people to push beyond their self-imposed limits.”

Victoria’s Secret has become more inclusive after being widely criticized.

The company has launched a series of initiatives after declining sales and past accusations of a culture of misogyny at the company.

These include her first mastectomy bra, models of various races promoting underwear in different skin tones, and the hiring of transgender beauty Valentina Sampaio.

British TV star Jameela Jamil has previously called the organization “a transphobic and fatphobic society that aims to exclude most women”.

An Australian model has also revealed the heartbreaking detail of her most famous catwalk appearance.

Bridget Malcolm is an Australian model from West Fremantle who paraded as an “angel” for the lingerie brand in 2015 and 2016.

But in 2018 she revealed she had “battled an eating disorder and chronic anxiety” which had been fueled by the pressure she felt to maintain a short stature.

In a TikTok video posted over the weekend and viewed more than 1.6 million times, Bridget, now 29, shared the bra she wore when she last appeared on Victoria’s Secret.

“Look how important it was to me, the sadness behind my eyes from the 2016 show breaks my heart,” she said.

Bridget claims she was then “rejected” from the 2017 Victoria’s Secret Show and said, “My body didn’t look good enough.” She was a bra size 8B at the time.